Another form of communication consulting was developed based on our expertise in the area of information and communication sciences particularly of semiotics, which are characteristic for the professional brand identity of

The goal at this specific event was to present the services to individuals who belong to the core target group of the services. This is a unique communication activity which aims at coming into contact with potential customers.

We have designed this service, built a corporate identity for it and developed various communication tools. 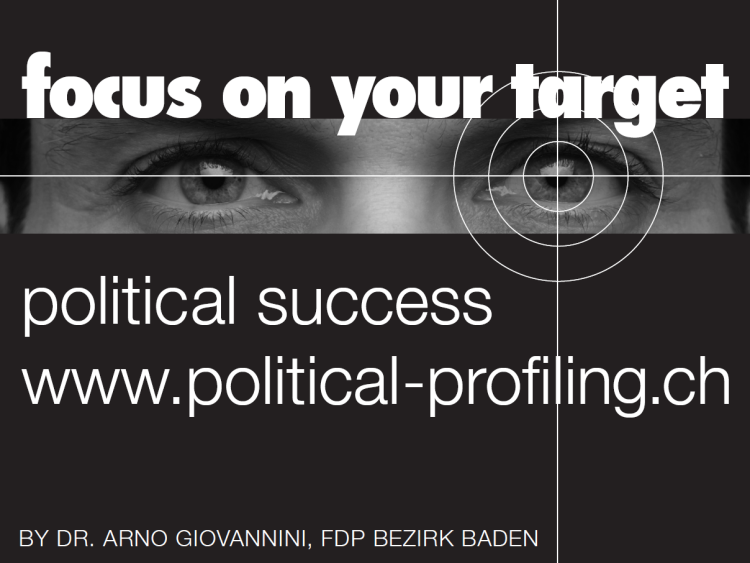 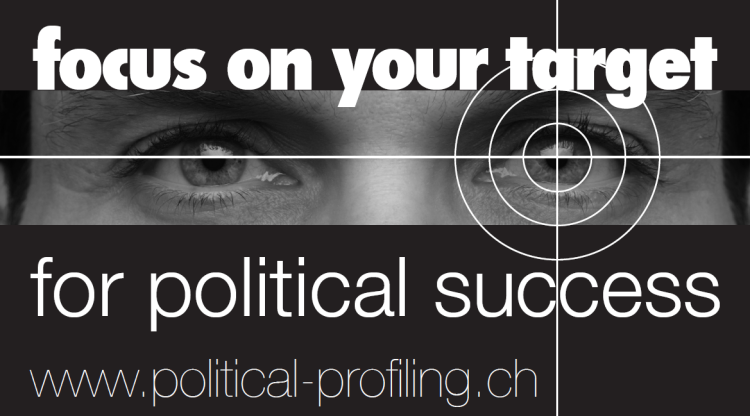 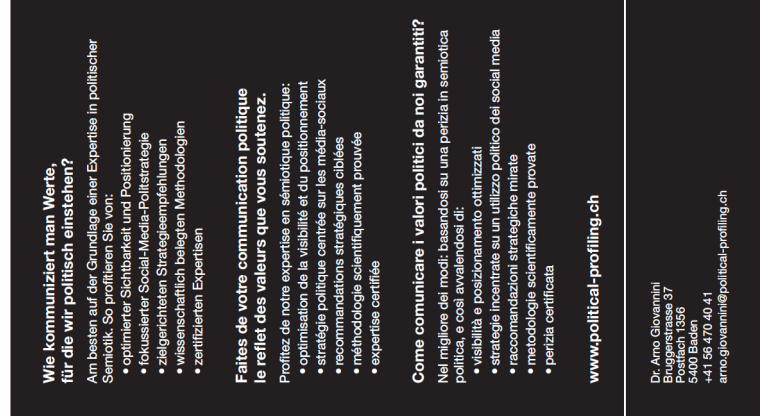 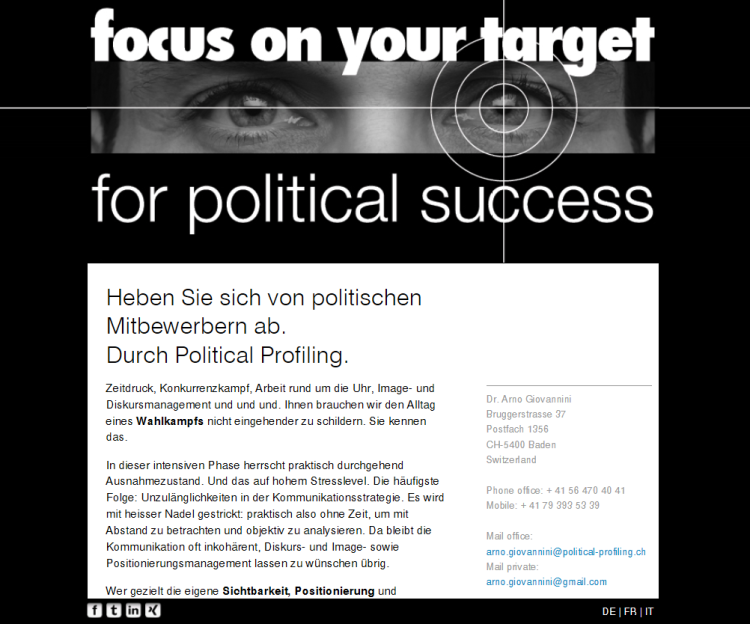 Purpose of the communication tools used

The entire communication campaign was prepared in three languages (French, German and Italian). In an effort to maintain and strengthen the effectiveness of the visual impact we have used English titles, catchy words and a minimum of text.

Name of the service: Political Profiling
Claim: Focus on your target (for political success)

The visual material was developed using the opening theme of the TV detective series “Tatort”, which has been broadcasted on TV since the 1970s in Switzerland, Austria, and Germany. Tatort is the oldest and most popular TV detective show in German-speaking countries. According to information from ARD, an organization of Germany’s public service broadcasters, there was an average of 8.5 million viewers in 2010.

We took the concept of the eyes looking at our target audience and, when developing the slogan, concentrated on the semantic contexts we were able to create between the target group and the political communication.